Democratic Congressional Representatives started holding a sit down on the House floor on June 22.  Representative John Lewis led his colleagues in a protest against the republican obstructionism, and the refusal of Speaker Paul Ryan to allow a vote on gun control.

Please take a look at this video of Representative Lewis calling his colleagues to action.

Below is a list of the original group of Representatives taking part in the protest. 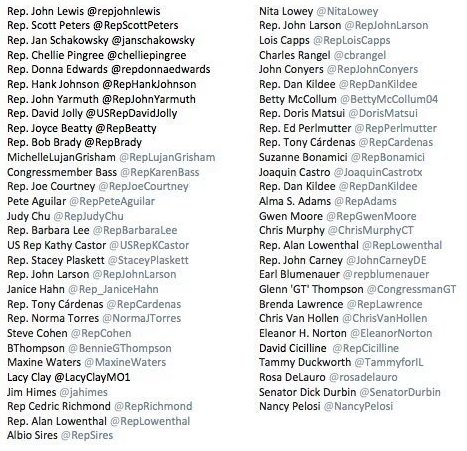 The Washington Post has put together an interactive chart, which will allow you to look up your Representatives both in the House and the Senate, to see how much money the NRA has given them.

Here are the Senators who voted against background checks back in April.

The Bible on the Beach

KCinJH - April 20, 2017
0
Street photographer, Bruce Armstrong, has spent more than a decade photographing the metal, the movement, and the people of the majestic 7 train. Traversing...

The United Failure of America

Why You Need to See the Queen of Katwe

Do You Know Who Cleaned Up Ground Zero After 9/11?

The War Against Puerto Rico

A Tale of Two Joints: What a lot of White...

ABOUT US
Newspaper is your news, entertainment, music fashion website. We provide you with the latest breaking news and videos straight from the entertainment industry.
Contact us: contact@yoursite.com
FOLLOW US
© Newspaper WordPress Theme by TagDiv
MORE STORIES

How the Stein and Johnson Voters, & the #NeverHillary progressives helped...